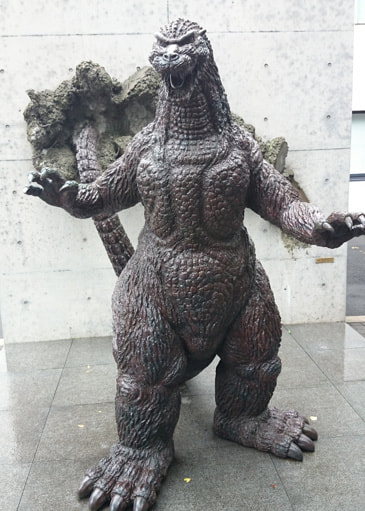 A fissure arose from a kind of inter-dimensional portal in the depths of the Pacific Ocean from wherein huge monster-like creatures called kaiju began to appear.

Within a flash, all of mankind was threatened from the kaiju resulting in the world sustaining catastrophic destruction.

Humanity constructed humongous humanoid robots called Jaegers to defend themselves against the threat posed by the kaiju, whose name originally comes from the Japanese word for monster.

Thanks to the extraordinary efforts of the Jaegers, mankind seemed to forgot about the threat of the kaiju for a short time. But suddenly, larger and more numerous kaiju began a new attack that was sudden and fierce, thus about to bring a certain doom to all of mankind.

And then, Raleigh, a Jaeger pilot and the hero in this movie, fought against a kaiju attack with his brother wherein his brother was killed. Raleigh was also injured but took to bearing the responsibility for his brother’s death. Soon thereafter, Raleigh left the war front and his will to keep on going.

Although humanity created a gigantic wall to protect themselves from the kaiju, the kaiju continued to make sudden attacks with increasingly relentless force and rampant rage at a level never seen before.

It didn’t make any sense to humans how or why this was continuing on such a scale.

Commander Pentecost of the Pan Pacific Defense Corps considered summoning Raleigh out of retirement and have him pilot a Jaeger.

In this story, Commander Pentecost calls on one of his subordinates, Mako Mori, who actually is a Japanese woman both in real life and as a character in the movie.

When Mako was a very young girl, she faced the terror of the kaiju when her parents were killed in an attack. Among the chaos of collapsed buildings and people trying to escape, Pentecost came across Mako and saved her life.

In the movie, we can infer that since that time, Commander Pentecost took Mako under his wings in place of her deceased parents and raised her as his own child.

Sometimes, Mako would make expressions in Japanese like "Sukoshi Osaete!" [More control!] or "Kigaerunnda." [Get ready.] and more. In other situations, she would make a bow when exchanging greetings just as you normally would do in real Japan.

The word "kaiju," which is used throughout the movie, holds a special place in the hearts of those Japanese people who were born and raised on such kaiju monster movies like Godzilla, Gamera, etc., including the classic sci-fi TV show, Ultraman, which featured pioneering special effects 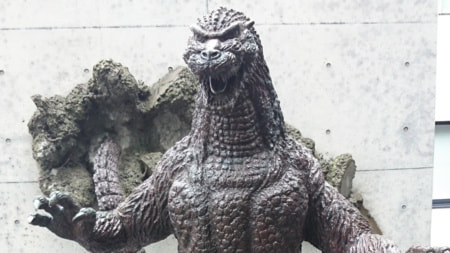 Toho Studios initially produced the numerous monster kaiju movies that started with Godzilla. A statue of Godzilla is at the entrance. Unfortunately, the studio is not open to the public for tours. 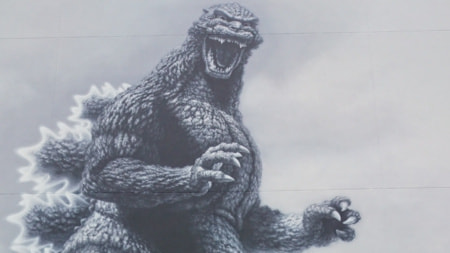 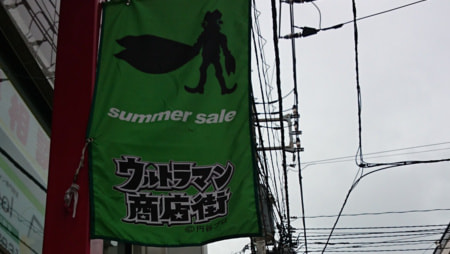 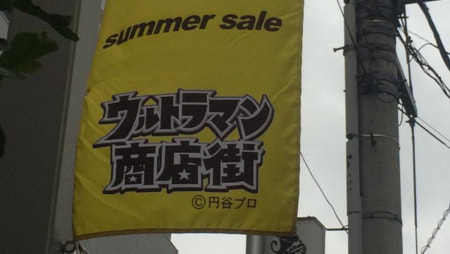 Toho Studios is near a famous shopping promenade that runs from Soshigaya-Okura Station on the Odakyu Line. Among the many kaiju monsters, there is the television series called Ultraman. In honor of this character, the promenade has been dubbed Ultraman Town 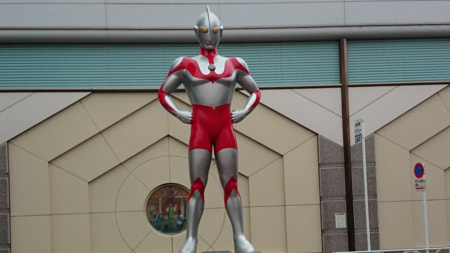 An Ultraman Symbol Statue in front of Soshigaya-Okura Station. 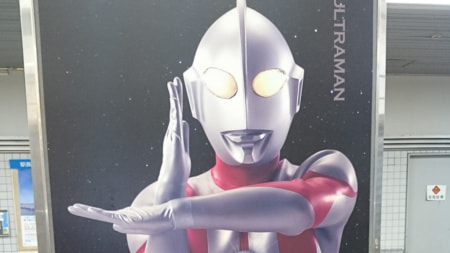