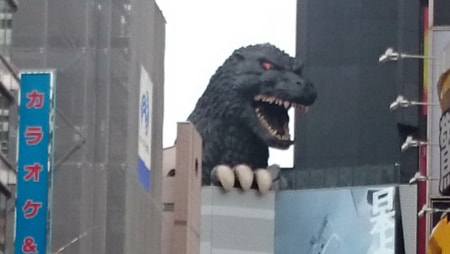 Ford Brody, the leading character of the movie, is a member of a special unit, the United States Navy EOD. He lives happily with his wife, Elle, who is a doctor, and their only child, an infant son named Sam. Ford, however, has a painful memory. When he was a child, his mother, Sandra, who was working for a nuclear power plant in Japan, was killed due to an accident at the power plant. His father, Joe, suspected a cover-up and conspiracy by the government and became bigoted. One day, an insect-like giant monster, Muto, crawled out of his shell, which was under government surveillance. When people were panicked by Muto, another giant monster, Godzilla, appeared in Hawaii. The two giant monsters eventually start a horrific fight against each other.

The first Godzilla movie was produced in 1954. After sixty years, Godzilla is still a popular movie character. The Shinjuku Toho Building in Shinjuku, Tokyo offers an impressive view of Godzilla.
http://www.toho.co.jp/shinjukutoho/

Exit from the East Exit of Shinjuku Station and cross Shinjuku Street and Kabukicho Crossing on Yasukuni Street. You will see the gigantic head of Godzilla between the buildings. 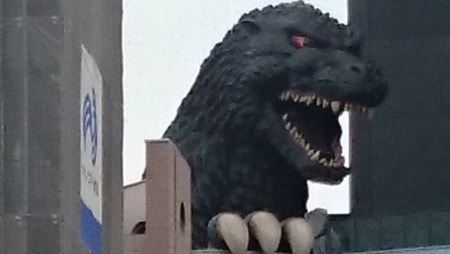 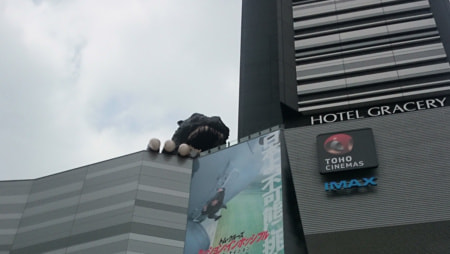